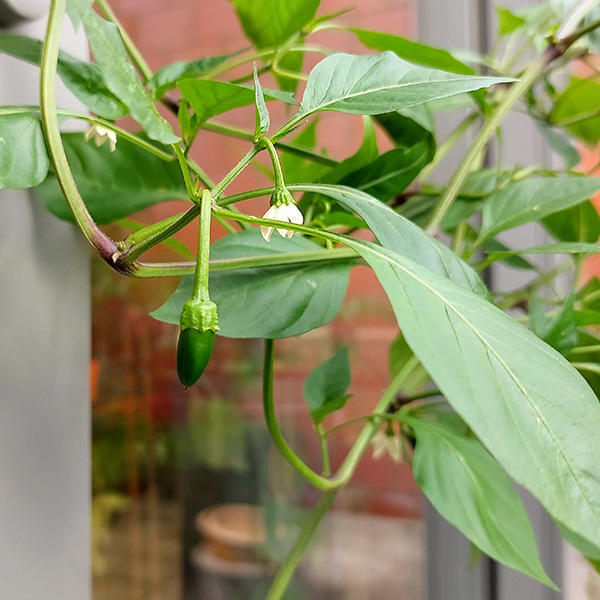 Now that these plants have been released from their improvised greenhouse and put into the garden, more flowers have started to pop up and even bear fruit. I’m sure there’s some deep, meaningful truth we could extract from this, but this isn’t social media, so I can’t be bothered. ### Today’s topics: * Neurodiversity at work * Game Boy photography book * Revisting Magritte * more typewriters!

Speaking of ‘the socials’, there’s a few things I shared recently that got a bit of reaction. The first, is a small post about my outlook on how autism is viewed in the work-context _(via LinkedIn)_. Some readers will probably recognize the comic that accompanies it, since it was how I introduced my own diagnosis a while back. Why share it on LinkedIn of all places, right? I try to explain that a bit in the post itself but I suppose it’s one of those futile ‘attempt to address the failings of the system from the inside’ type of situations. For as much as I dislike LinkedIn and the space social media taken up in the work sphere, it is a place where a lot of (tech) industry people hang out and try to appear relevant (doubly so for HR and marketing departments). In that, I think neurodiversity is either under- and misrepresented. When it does shows up, it’s framed as this great thing to leverage within the Capitalist Machine. ‘Neurodiversity is a super power’, that type of thing. There is very little balance to be found in social media since it is designed that way, but one can try to push back a little. I got some very nice comments and direct messages, mostly about the comic itself but some about the contents of the post as well. Makes me think I should make another comic. We’ll see.

The other thing that got some traction, was the Game Boy photobook I was working on. I finished the design and had a limited number of copies printed. I figured I would print twice as many as needed to sell & break even. That would be enough for the few people who had shown interest before + leave plenty of extras. Surprisingly, everything sold out in little over a day after I posted about the book on Instagram. There’s a small but active community around retro gaming and the Game Boy Camera, which is super nice and helpful. So when they started sharing the project, I got overwhelmed with requests for a copy. Sorry to anyone who may have wanted one and missed out, I will do a reprint or new photo book at a later date. I just need to have a think about what I would like to change about the book first. I’ll also coordinate ‘releases’ a bit better with the newsletter.

Since the end of that little project, I’ve been making backgrounds again for a Magritte-inspired Game Boy game I started last year. In part, it’s because of talking about projects with other people, another reason is the positive response on the photo book that gave me some energy and motivation to pick this up again. Strange how that works. Maybe it’s different for creative people who are more socially inclined or work in physically shared spaces but I’m betting that for all of them/us, ‘making a thing’ is almost entirely self-motivated and has to be considered against the other things that cost time & energy. There’s an ebb and flow to it, routines to work in/around. Especially if it’s not your full-time occupation. I’m sure some things are different depending on how your brain is wired but it becomes very difficult to keep fulfilling that need to ‘make a thing’, if you can’t replenish some of that creative energy and motivation. When there’s not a lot of it, I tend to drift to things that require less of both. Feedback and connecting with other creative people tends to then bring the levels back up a bit.

I came across the works of Quint Buchholz throught the articles of online contemporary art magazine Colossal. His works have a distinct ‘Magritte’ type of surrealism, to me anyway. The painting above is one of the more explicit examples, with the word ‘ciel’ connecting with some of Magritte’s use of lettering & word play. The whole of his work has a calm, dreamy feeling about it. His technique is interesting as well, using some form of pointillism for a grainy effect. 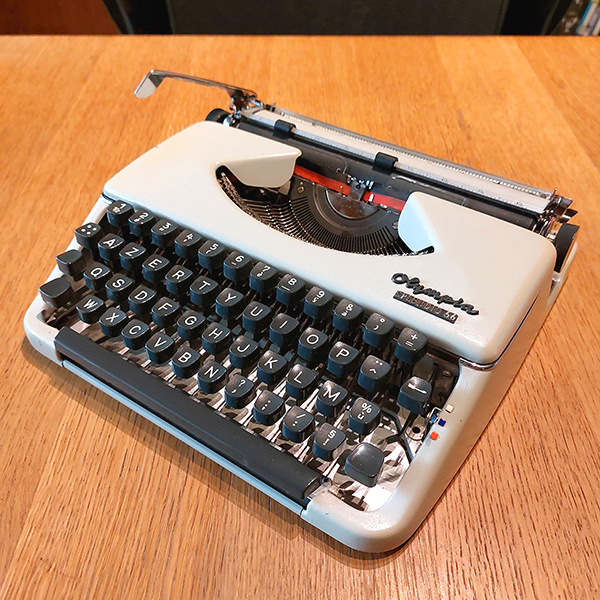 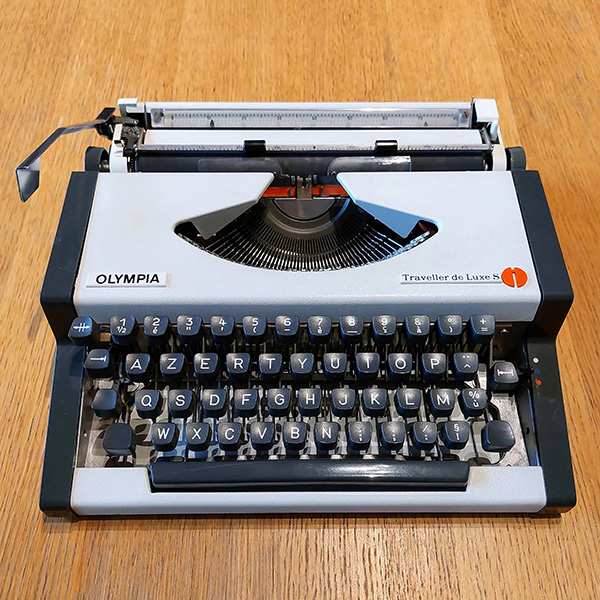 I swear I’m trying to stop hoarding typewriters but these 2 have been on my list of machines to seek out since the very beginning. Olympia was one of the best typewriter manufacturers out there, with models like the SM-9 showing up in top whatever lists. So when coming across these 2 (ultra-) portable models (the Splendid and the Traveller), I couldn’t let them pass me by. The traveller especially has fast become my favorite and it also came in multiple colors. Those are a bit more difficult to find. Incidentally, there’s an older, black Splendid I have my eye on and if the seller ever gets back to me about it, I’m going to use that one to swap keys and cases. Because why have a white typewriter when you can have a black one? 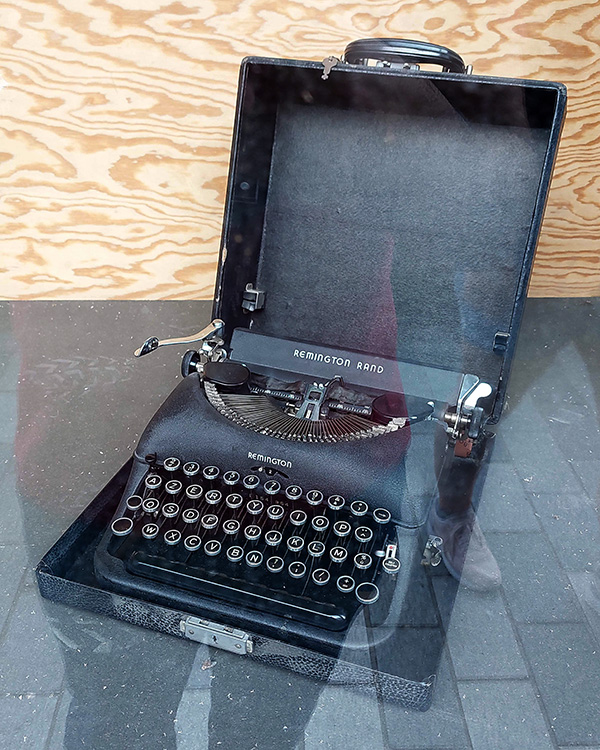 This Remington Rand sits in the window of an empty shopping window, in a street nearby. I should leave a note in their mailbox to ask if they’re willing to sell it to me 😀

While buying new old things, I’m also trying to get rid of ‘overflow’ from my collections. Since that’s mostly vintage, I started selling Game Boy things on Vinted (thanks Lucas for the tip!). I’m not completely cleaning house (still need a few spares around, especially with old electronics) but space is limited and my general thought process is: if I’m not using it and not foreseeing a use after having it for a while, it probably needs to go. With that in mind, I also sold and handed over a typewriter. I think I’ll leave it at that for this dispatch. Welcome to the folks who found their way to the newsletter recently and thanks for making it this far 😀 Hope you’ve all had a good week and a bit of rest. Take care and see you next month.